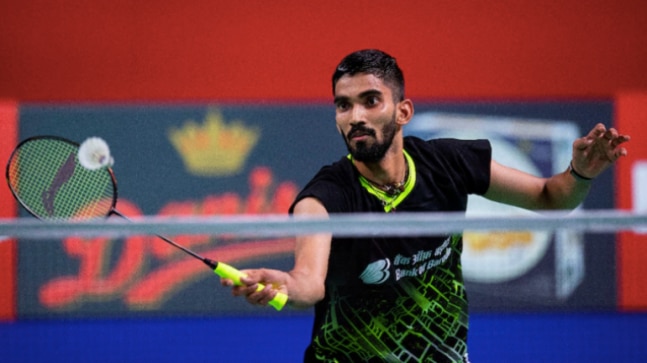 Swiss Open 2021: India’s Kidambi Srikanth has been knocked out of the competition after a straight games semifinal thrashing by World No.2 Viktor Axelsen.

India’s star shuttler Kidambi Srikanth has crashed out of the Swiss Open 2021 competition after losing 13-21, 19-21 against Denmark’s Viktor Axelsen in the semifinal match, on Saturday (March 6).

India’s campaign in the Swiss Open 2021 men’s singles competition has thus been extinguished. Kidambi, on Friday, registered a thumping 21-19, 21-15 win over Thailand’s Kantaphon Wangcharoen to reach the semifinals in Basel.

On the other hand, Kidambi’s female counterpart PV Sindhu has made her way to the Swiss Open Super 300 tournament final after crushing the fourth-seeded Mia Blichfeldt 22-20, 21-10 in straight games. Sindhu caused the thrashing in just 43 minutes to avenge her first-round loss to Blichfeldt at the Yonex Thailand Open in January this year.

Srikanth, who won this Super 300 tournament in 2015, had defeated World no. 50 Thomas Rouxel of France in the Round of 16. The other Indian male shuttlers in the competition didn’t fare as well as Srikanth. On the same day as Kidambi made it to the semifinals, on Friday, both Ajay Jayaram and B Sai Praneeth lost their respective quarterfinal matches.